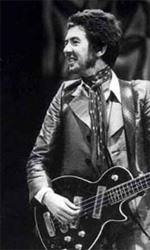 Music has the ability to make you cry, laugh, shout, scream, jump about like some demented hallucinating visitor from the planet Zog or, just stop you dead.

Now that’s a bit of a dramatic opening statement but, I find the biggest thrill in discovering new or overlooked artists is when you unearth that song that stops you dead. That song that you know you’re gonna’ knock your mates dead with. ‘The song that they’re gonna’ link to you for quite some time and you’ll gladly wear it well.

Ladies and Gentlemen, boys and girls pick up a copy of The Faces album ‘A Nods As Good As A Wink’ and listen to the song ‘Debris’. It’s a song written by Ronnie Lane about his Dad. The words are meaningful, the performance spot on and Lane’s lead vocal delivery is as honest as you’ll get. From this song I started my journey of discovery many years ago into the treasure trove of gems that fill the Ronnie Lane songbook.

To yours truly, someone who prided himself on his knowledge and love of Lane’s previous band The Small Faces, his songwriting ability should not have come as such a smack in the eye. After all he co wrote with Steve Marriott classics such as All Or Nothing, Hey Girl, My Minds Eye, My Way of Giving, Afterglow, Song of A Baker (Lead Vocals), Lazy Sunday, Here Comes The Nice, Tin Soldier, Rollin’ Over, Itchycoo Park, (I know I’ve gone on a bit with the list but I started playing them all again as I was listing them, and it got to be along the lines of ‘’oh I’ve got to put that down’’ please excuse my indulgence).

So I can only put it down to one of those moments when you find something in life just at the precise moment that you need it. I then began to search out Lane’s song writing art on other Faces albums and came up with ‘Devotion’ on the Faces first album ‘First Step’. The guitar part on the intro of this song and the middle vocal delivery of Lane and Rod Stewart, has the same melody that Lane use’s in later years on the classic ‘Tin and Tambourine’ from the ‘Slim Chance’ period. Also on this album is a song called ‘Stone’ which has a stompy country blues feel about it that Lane made his own with ‘Slim Chance’. This style has a distinct British ‘roots’ feel that I think is every bit as authentic as any American ‘dustbowl’ or Mississippi Delta blues.

This thing Lane had of re-doing songs later on again in his career surfaces again on The Faces second album ‘Long Player’. The band do a Lane song called ‘Tell Everyone’ with Rod Stewart doing lead vocals. It’s not as inspiring as the later version Lane recorded with ‘Slim Chance’ on the B-side of ‘How Come’. The album does have classic Lane moments for me though with ‘Richmond’ and that British ‘roots’ feel again. The bar room blues of ‘On The Beach’ a collaboration with Ron Wood is also delightful.

Another Lane track that features him doing lead vocals on The Faces ‘A Nods As Good As A Wink’ album is the boozy ‘Last Orders Please’. This is nothing to compare with ‘Debris’ though.

His next collection features him collaborating with Rod Stewart on the excellent ‘Flags and Banners’ (Lane doing the vocal duties). He has a hand in all the songwriting on the B-side of this album. The first track being an instrumental called ‘Fly In The Ointment’ this is followed by another collaboration with Stewart on ‘If I’m On The Late Side’ (Rod doing vocals). Then we have a pure Ronnie Lane gem called ‘Glad and Sorry’ (best appreciated when sitting listening in the bath with a cool Guinness). Following this we have ‘Just Another Honky’ a Lane song with lead vocal by Stewart. The excellent ‘Ooh La La’ a collaboration between Lane and Ron Wood closes the album in style. Rod Stewart recently released a version of this. It has the Ronnie ‘Plonk’ Lane trademark firmly stamped on it.

‘Leafy’ Lane then left The Faces to form Slim Chance and this was the real opening up of Lane’s creativity as a songwriter for me. Their debut single was the classic ‘How Come’ a song that caught that stomping gypsy folk/rock that Lane was pioneering a treat. But if you need an example of one of Lane’s hidden gems then check the B-side out. It features two songs – Slim Chances version of ‘Tell Everyone’ and then a corker called ‘Done This One Before’ be warned – it’s stunning.

They then released their first album ‘Anymore for Anymore’ in 1974. The band had some great musicians such as Bruce Rowland on Drums and Percussion, the famous Benny Gallagher & Graham Lyle partnership was handling instruments such as Bass, Squeeze Box, Bottleneck Guitar, Mandolin, Banjo – it’s a joy to one’s ear lobes. Song highlights for me are near enough all of em’. ‘Don’t You Cry For Me’ is as near perfect as any song can be. The bar room stomping’ sing along of ‘Bye and Bye (gonna’ see the king)’ and Slim Chances second single release was also on this album. ‘The Poacher’ was just so ahead of its time with the instrumentation and production that it is now recognized as the classic it obviously was – Mike Scott of The Waterboys must have had this album in his record collection.

The title track ‘Anymore for Anymore’ features a delightful instrument arrangement of squeezebox and ‘wispy’ mandolin. The last track is the country rocking’ ‘Chicken Wired’ which has some souped up saxophone courtesy of Jimmy Jewell. This track was also recorded again on a film soundtrack album Lane recorded with Ron Wood for the film ‘Mahoney’s Last Stand’. Talking of which what a surprise this album turns out to be. Lane and Wood calling off some favours with musicians such as Kenny Jones and Bruce Rowland’s sharing drum duties, Pete Townshend guesting on guitar and percussion on a couple of tracks. Ian McLagan and Ian Stewart covering piano duties, Bobby Keys on sax.

Songs such as ‘From The Late To The Early’ with a shared vocal from Lane and Woody help blow the blues away. There’s some great slide work on this song and Woody playing some wicked harmonica. Instrumentals play their part in the album as well ‘Hay Tumble’ being pretty outstanding. ‘Mona the Blues’ is another fine example of ‘some of those British chaps grasping the fundamentals of dis’ blues ting’ as is ‘Rooster Funeral’. But this albums main achievement for me is that it brought to bear on my soul a song called ‘Just For A Moment’ and if you can find a copy of this album and listen to this song for just a moment you will forever remember the moment, if you see what I mean. It’s one of my favourite Ronnie Lane songs even though it’s a co-write with Woody. 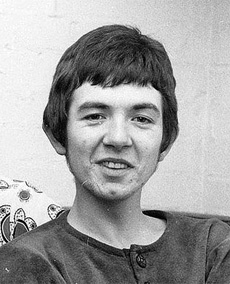 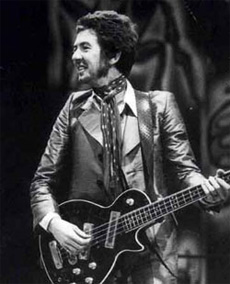 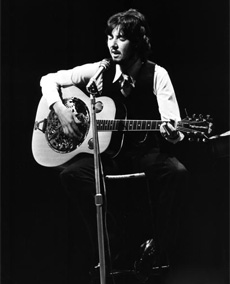 There is one more album you could search out on your journey through the ‘Leafy’ Lane songbook. It’s an album Ronnie recorded with Pete Townshend around 1977 called ‘Rough Mix’ again it has an impressive array of musicianship – drum duties from Charlie Watts + Henry Spinetti, Eric Clapton contributing guitar and dobro, Peter Hope Evans plays harmonica, Ian Stewart – piano.

Lane’s best moments on this for me are the songs ‘Nowhere to Run’, and a co-write with Clapton and Lambert called ‘Annie’, there’s a rocking little number called ‘Catmelody’ and another Lane gem called ‘April Fool’ which has Clapton on dobro – Bliss.

So there you go. Other stuff has come about on CD that includes studio rehearsal outtakes and these have some lovely stuff on them ‘Tin and Tambourine’ for example is great, one of the outtakes is a rehearsal of ‘One For The Road’.

I know this review could be seen as a bit over the top by those of you unfamiliar with Lanes work. So if just from curiosity it makes you start to investigate the man and his music then it’s achieved its aim. You won’t be sorry.