These are my collection of football team stickers and trivia from the late 1960’s and early 1970’s. The football stickers were objects of fanatic desirability back in the playground of the day. The competition to complete your favourite team’s pages was all encompassing leading to the unadulterated glory amongst your peers on completing a full album.

One of the main mechanisms used to get the players you needed was the ‘swapee’, where rare and hard to find stickers were swapped with your school friends. I remember bartering a trilogy of ‘Jeff Astle, Terry Cooper and Bobby Charlton’ spares for a rare ‘Peter Osgood’ to complete my Chelsea page.

I am intrigued to remember that the fashion of the day was for the media to try to change the name of the game from ‘Football’ to the more sexy marketing brand of ‘Soccer’. This can not only be seen in the title of at least one of the football sticker albums below, but also in the name of the Sunday afternoon Midland’s football highlights program, ATV’s ‘Star Soccer’, hosted by the ubiquitous Hugh Johns.

Looking back at these stickers now, I am disappointed in the poor quality of some of the images, especially the stickers that have obviously had the football kit painted on to match the first team colours…but I cannot help but remember the excitement at the time in collecting them. 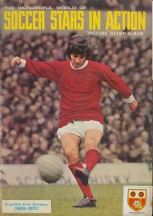 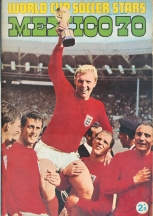 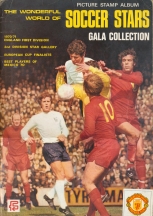 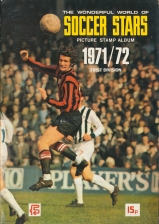 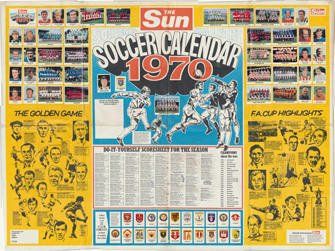 One thought on “Football Team Stickers”