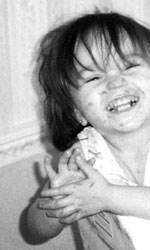 Due to the anaesthetic type influence of nostalgia, life always seemed to be better when we were young.

Remember when you were young…

It took five minutes for the TV to warm up?
There were only two TV channels?
Nearly everyone’s Mum was at home when they got home from school?
Nobody owned a purebred dog?
When a shilling a week was decent pocket money?
White dog poo in the street?
You only had to be home when the street lights came on?
Your Mum wore stockings that came in two pieces?

All your male teachers wore ties
Female teachers had their hair done every day and wore high heels?
Cereals had free toys hidden inside the box?
It was considered a great privilege to be taken out to dinner at a real restaurant with your parents?
Schools threatened to keep kids back a year if they failed…and they did?
When a Ford Capri was everyone’s dream car?
Lying on your back in the grass with your friends and saying things like, “That cloud looks like a… “

Playing footy and cricket with no adults to help kids with the rules of the game?
Stuff from the shop came without safety caps and hermetic seals because no one had yet tried to poison a perfect stranger?
When being sent to the headmaster’s office was nothing compared to the fate that awaited you if your parents heard that you had been sent to the headmaster?
Basically we were in fear for our lives, but it wasn’t because of drive-by shootings, drugs, gangs, etc. Our parents and grandparents were a much bigger threat!

Decisions were made by “eeny-meeny-miney-mo”?
“Race issue” meant arguing about who ran the fastest?
It wasn’t odd to have two or three “Best Friends”.
The worst thing you could catch from the opposite sex was “boy or girl germs”.
Having a weapon in school meant being caught with a catapult.
There were no Saturday morning cartoons with 30-minute adverts for action figures.
Spinning around, getting dizzy, and falling down was cause for giggles.
The worst embarrassment was being caught playing doctors and nurses by your parents.
Putting playing cards in the spokes that transformed any bike into a motorcycle?
Taking drugs meant the Polio injection in school or Nitty Nora
Water balloons were the ultimate weapon?

And with all our progress, don’t you just wish, just once, you could slip back in time and savour the slower pace, and share it with the children of today?

2 thoughts on “Remember when you were Young…”

Due to the anaesthetic type influence of nostalgia, life...
more